The Book Addict Reviews: Shelby and Shauna Kitt and the Dimensional Holes by P.H.C. Marchesi

In A Nutshell:
I do not read a large amount of science fiction, but Shelby and Shauna Kitt and the Dimensional Holes

may change that for me.  The characters are realistic and engaging.  The setting is magical--I want to take a trip to Miriax.  The story drew me in and kept me guessing until the last page.  I hope there is more to come for Shelby, Shauna, Jit, Vanessa, Marian and Lendox because I very much want to see them all again.

Review:
Earth is in trouble.  Aliens from a planet in a parallel dimension, Klodius, have figured out how to make dimensional holes and are traveling uninhibited to Earth.  These aliens field off of the negative energy caused when humans act out of hatred, greed, or anger.  They want to see the Earth overrun by negativity.

However, in this parallel dimension there is another planet, Miriax, that feeds on the positive energy from Earth.  The energy that comes from our ability to dream, hope, and love.  This planet's consul and vice consul reach out to Earth with a plan to close the dimensional holes and save both Earth and their own planet, Miriax.  The plan includes having the humans with the highest levels of positive energy trained to protect Earth and destroy the dimensional holes.  Shelby and Shauna Kitt may only be thirteen-years-old, but they represent the highest level of positive energy on Earth and the best chance that this plan will work.

P.H.C. Marchesi created characters who were balanced and authentic.  It was easy to see them as normal thirteen-year-olds.  They represent the highest level of positive energy, but they still get hurt feelings, lash out in anger, and have to learn the importance of saying "I'm sorry." They still have a lot to learn about themselves and the worlds around them.

Miriax is magical.  It has an unusual combination of interesting technology, very formal rules of social engagement, and a love and appreciation for nature.  The humans who visited Miriax in preparation for the mission all learned more about themselves, their strengths and their weaknesses as they learn to navigate this new place.  By placing her characters on this new planet with its own complex culture, P.H.C. Marchesi was able to explore aspects of her characters that would have been difficult in other settings.

P.H.C. Marchesi created a story that had intrigue.  For some characters, it was pretty clear whose side they were on, but there were many characters whose alliances were question marks up until the end.  And the final few pages dropped a bomb shell I did not expect at all.

Recommendations:
After reading Shelby and Shauna Kitt and the Dimensional Holes, I wanted to re-read one of my favorite science-fiction books ever.  If you have not read it, you should right after you read about Shelby and Shauna.

Posted by Shanan, The Book Addict at 7:52 PM 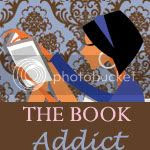 358 members
Do you have a blog that you would like more people to visit? Well post the link and tell us about i...


View this group on Goodreads »